STAR: From the Las Vegas of Macedonia to a pop up red light window

Sex work is a topic that receives ‘bad press’ and is often misunderstood. However, we commonly find written articles that use pictures of high heels, red light districts or the eroticised female body to make their own articles against sex work more ‘sexy’.

Some sex workers fight back against the current double morality discourses. This blog is about the human rights defenders of the first sex worker collective in the Balkans; the power of claiming back the use of their own imagery to make a political campaign and how they are expanding.

We are sitting in a small basement bar in Gostivar. An old gas heater and a fake window seem to be the only light on what is a cold January morning. Gligor is sharing a seat with me, also Slavica’s friend, who hardly speaks any English but was happy to join us. On the other side of the table, Dennis –my partner on my first self-funded field visit to one of our grantee partners- talks with other members. STAR’s success is the result of the joint effort of many individuals.

”This city, Gostivar, has so much to offer to sex workers. Why? Because people has so much money. People go out of the city and work hard and then come back to Macedonia and has money to spend. They spend their money with sex workers. These people treat the girls like princesses. … it is very good that this money is spent here in Gostivar,”  comments Slavica, a member of sex worker organisation STAR in Macedonia.

“We have so much good night life, so many bars, clubs, clients and some people from everywhere from Macedonia coming here for sexual services,” continues Slavica. “We have sex workers on the street, in the clubs, on out-call, in front of the Casinos… For this reason, I tell you, Gostivar is like Las Vegas of Macedonia.”

It is not a coincidence that STAR is planning to rent a second office here in Gostivar. Training and workshops have been conducted to build the capacity of the organisation in the area. Now they are looking for the best space to rent their second office. STAR just received a second grant from the Red Umbrella Fund, and to expand their focal points seems to be the logical next step to take.

STAR was created in 2008 and got registered in 2010 as the Association for the Support of Marginalised Workers following a year long struggle with state institutions who refused to recognise sex workers as legitimate agents of a collective. Today, STAR is an active agent of the civil sector, striving for ‘a world without violence where sex workers can perform their chosen profession in a democratic and tolerant society’, as stated on their website.

Gostivar is a city based in the Western part of Macedonia, with a population mix of Macedonian, Albanian and Turkish.

“Most sex workers are not from Macedonia. They are migrants. We have more than half of workers who come from outside Macedonia. We have girls from Kosovo, Albania, Serbia, some girls from Bosnia. They are not officially migrants here because they don’t have a regular status like immigrants. They come here, they work and then, they leave the country”, points Gligor, who works at the STAR office in Skopje

”Some male sex workers from here,”- continues Gligor- “they do the same. They go to Greece to work because the law there affects only women. So, some men can go there and work and then come back and enjoy their money.”

Slavica joins again: “Fifteen years ago, here in Gostivar, it was a big taboo to say that you were doing sex work. If a girl said it, she could have had a problem. She had nowhere to go to communicate any of their needs. So, we have started the work that we do at STAR. They can feel good and strong about what they are doing. … These girls now feel they have like a family”.

“Five minutes of talking can change everything… Maybe I can’t help her, but I can listen. It is very good that you have somebody who listens to your problems. It is one step. After that, we are going step by step”, shares Slavica.

I can feel the excitement about the idea of renting a new space and the work of this newly formed branch of STAR, learning from the stories of sex workers here. We have left the bar and we are walking along Vardar River that extends through Gostivar, cutting it in half, passes through the capital Skopje, goes through the country and enters Greece. This river seems to be the moving constant of Macedonian sex work landscape.

Gligor joins the conversation and wants to share the importance of having their own organisation.

‘’Once I was working for a service provider. And everything was different. I was supposed to give condoms only to those people who defined as a sex worker. But a lot of men I reached didn’t want to be referred as such, even if they were doing so. It can be a taboo to define yourself as a sex worker to a stranger. For me, it is not important where people are coming from or if they define as sex workers. It is important to give them condoms, which they need’’, says Gligor with a candid smile.

In Skopje, the capital of Macedonia, Borce Bozinov, President of STAR shares with us the story of one of the co-founders of the organization.

She passed away two years ago. Her name was Laura Feer. She co-started this group back in 2006. Borce shares his experiences with shared leaderships and involving membership. Decentralising their focal points seems to have been a successful strategy for this group whose members share a passion for the work they do.

The main STAR office is strategically placed close to Parliament. Their dedicated team divide their tasks between communication, finance and outreach activities. With almost all members having a background in the sex industry, they are the ones in the best position to determine sex workers’ needs combined with strategic lobbying.

From advocacy to access to sexual and reproductive health services and the use of the SWIT tool, STAR is the only sex worker’s group by and for sex workers in Macedonia and beyond.

We got to learn about how they managed to improve their office space thanks to core funding. In the picture, Dennis poses with members from the Skojpe branch.

The group is excited to talk about their activities. We sit around a table and colorful pictures appear on the screen of a laptop. They are part of STAR’s latest 17th of December campaign. The community organisation rented an empty beauty and nail shop for a day and converted it in what it could have been a window from the Red Light District of Amsterdam. Some members of STAR did not hesitate to jump in sexy clothes and use their seductiveness to… make a point about the need of safe spaces for work in the city!

Using banners, the performers asked the passers-by if they would like to have consented paid sex. It was only a matter of time before traffic had to be closed due to the numbers of curious viewers.

In a context where sex work is a taboo that is starting to be eroded by the actions of this group, the re appropriation of their own imagery in a political campaign is a powerful strategy. The results speak by themselves: 26 positive appearances in the media, including an interview in-situ to Borce on the National News TV which gave a positive approach to the action. The video has been played over 45.000 times so far.

“Before you close all your global perspective about sex workers, think twice: Why zero tolerance to the oldest profession??? The feminists should answer this!” highlighted Borce.

I would like to conclude by remembering Laura Freer, for what she co-initiated once, for being a pioneer and a source of inspiration for STAR’s current members, to us and to the movement. Thank you so much to Laura and all STAR members!

Text and black and white pictures by Vera Rodriguez 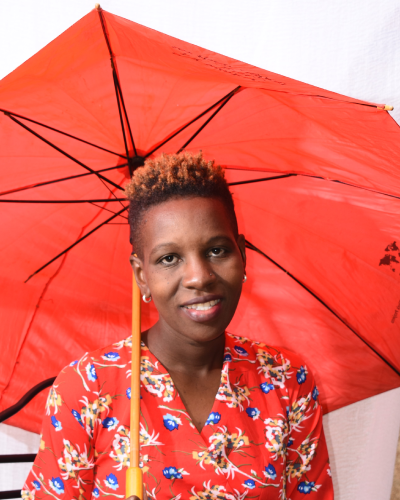