In May 2013, Russia’s national organization of sex workers, Silver Rose, was denied official registration as a non-government organization (NGO) by Russia’s Ministry of Justice. The Ministry declared that “there is no such profession as sex work,” accusing Silver Rose of violating Article 29 of the country’s constitution. Article 29 prohibits “campaigning and propaganda inciting social, racial, national and or religious hatred and enmity.” 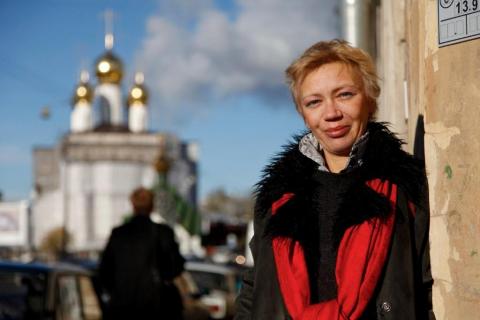 Since Putin has taken up second term as president, human rights organizations are facing ever greater challenges when monitoring and reporting human rights violations across the country. Harsh laws have been adopted, including those that persecute of anyone voicing criticism of the regime. In fact, anyone who lives a so-called “non-traditional lifestyle,” such as gays, lesbians, transgender, people living with HIV/Aids and drug users, are exposed to discrimination and stigmatization.

In this light, sex workers, who often belong to a variety of extra vulnerable societal subgroups, are forced to live under equally harsh conditions.

In Russia, sex work is criminalized, leaving sex workers without a social or legal status. Meanwhile, stigma and discrimination against sex workers is encouraged by the Orthodox Church which portrays sex workers as a manifestation of society’s moral decay. Sex workers are seen as sinners and home wreckers, unworthy of raising children. While the widespread HIV/Aids problem in Russia is widely seen as a ‘foreign complot’ and quality treatment is generally absent, sex workers are having an even harder time to guard their health and access affordable medication. Moreover, Russia’s sex workers are extremely mobile and not always in possession of the right documents, thus increasing their vulnerability to harassment from the state and non-state agents.

“We want to pull sex workers out of the grip of violence, social discrimination and corruption,” Irina Maslova of Silver Rose remarked.

By July, Silver Rose’s leader and a former sex worker herself, Maslova sent a complaint to the St. Petersburg district court, reporting a violation of her civil rights and freedoms and requesting the court to dismiss the Ministry’s decision and instead recognize Silver Rose as a legitimate NGO. However, the judge upheld the Ministry’s decision to refuse registration, stating technical inconsistencies in the group’s formal request.

But Silver Rose is not the kind of group to give up. “Official registration will mean that the state acknowledges our existence, that we have same human rights as others, which need protection,” Maslova asserted to the Russian Service of the BBC.

Agora, a human rights association has been assisting Silver Rose to prepare another request for registration, despite the likelihood that this motion will be declined. Nevertheless, Silver Rose’s sex workers are determined to pursue justice at the European Court of Human Rights that is based in Strasbourg.

This is crossposted from http://www.hivadvocates.net/advocacy-stories/sex-workers-stand-against-russias-discriminatory-and-draconian-laws