The passport you hold determines a lot of your privileges, access and protection. I have always been able to benefit from a blue American passport— never being questioned while traveling, never having much difficulty obtaining a work or study visa abroad. My passport, white skin, and blonde hair provide me the privilege to exist and move through the world relatively freely. But in Eastern Europe, for example, a sex worker’s passport may determine whether she is – even with a legal residence permit – “targeted for rescue, detention and re-socialisation or deportation programs” by the government or NGOs.

Last year I spent five months researching and writing a master’s thesis on human trafficking prevention campaigns and EU, Dutch, and UN human trafficking policies. I focused on migrant sex workers from Eastern Europe in the Netherlands. Much of the literature review included theories on state control of female sexuality, particularly the control of ‘foreign’ women by criminalising migration and victimizing migrant women sex workers.

This research, in addition to volunteering at the Red Umbrella Fund’s office in the Netherlands for the last eight months, has led me to think more about the status and labour conditions of Eastern European migrant workers, particularly sex workers, in the Netherlands. These experiences, including acquiring a Lithuanian passport for myself, have made me realize that our nationality, as well as our gender, ethnicity, sexual identity, and choice of work can greatly impact how we are perceived by the state. Whether we are feared or welcomed, and which rights we get access to.

“There are stereotypes for instance— the hyper-sexualisation of women depending on [her country of origin]. This is also very harsh for us [sex workers], because when we travel from one country to another or go through airports, they assume we are sex workers just because we come from a specific country.”

Migrant sex workers, depending on where they are from, what they look like, and which passport they hold, are treated differently by law enforcement, border control, and society. Migrant sex workers make up approximately 65% of the sex worker population in Western Europe and about 17% of the sex worker population in Central Europe (link). Migrants, refugees, and asylum seekers have been doing sex work as a means to sustain themselves and their families. The International Committee on the Rights of Sex workers in Europe (ICRSE) recently published a policy brief and recommendations on the rights of migrant sex workers. In this brief, ICRSE highlights that the criminalisation of migration and sex work is extremely problematic and dangerous for migrants and migrant sex workers.

Structural, political, and economic changes in many regions of the world have led to an increase of migrants, particularly women migrants, seeking work in Europe. May this work be in factories or fields, in domestic or sex work, these are women who are working to support themselves and often times, their families. Migrant sex workers need to be included as part of the larger migration patterns and migrant labour movements, rather than how they are often perceived by the public, law enforcement, and media, as victims of human trafficking. The issue that remains is that sex work is not seen as work, but something that someone ‘must have been forced or tricked into’. So if this is the case, how can migrant sex workers, regardless of which passport they have, be seen as autonomous hard working individuals who moved in order to make a living?

TAMPEP, the European Network for HIV/STI Prevention and Health Promotion among Migrant Sex Workers, advocates for the human and civil rights of migrant sex workers in Europe. When sex work is criminalised and migration is increasingly controlled, migrants and migrant sex workers are forced even further underground. They can no longer trust the police or government officials, in fear of being arrested, detained, or deported. This is when migrants turn to third parties (i.e., friends, neighbours, family members, acquaintances, travel agents) to assist them in their migration process. This dependency and lack of ability or perceived ability to access justice increases the risk of exploitation.

How to become a trafficker

Felicia Anna, a Romanian sex worker and blogger living and working in Amsterdam, discusses this issue in her blog Behind the Red Light District. Felicia Anna uses the following example to illustrate how damaging and infuriating this law is. Someone is driving through Germany heading to the Netherlands, and he or she sees a woman along the road who is looking for a ride to Amsterdam because she wants to work in the Red Light District. She’s alone, no one has deceived her of the work she will do there, or coerced her to go to Amsterdam. The driver agrees, since he or she is already heading to Amsterdam, and why not help a fellow passenger? Once they have crossed the Dutch border together, the driver of the car is a criminal according to Dutch law and the woman is a victim of human trafficking.

It is important to note that this law article only applies to individuals working in the sex industry, even though trafficking and labour exploitation clearly take place in other sectors too. This is one way the Dutch government has problematized migrant sex workers coming to the Netherlands to do sex work. But if the majority of sex workers in Western Europe are migrants, and many of them come from Eastern European countries, why criminalise someone assisting someone else who wants to do sex work in the Netherlands if it is legal for them to do so?

Based on their own research among migrant sex workers in Europe and Central Asia, ICRSE identifies the following key demands to policy makers:

This blog was written by Nika Norvila, who supported the work of the Red Umbrella Fund as a volunteer for eight months in 2016 and 2017. 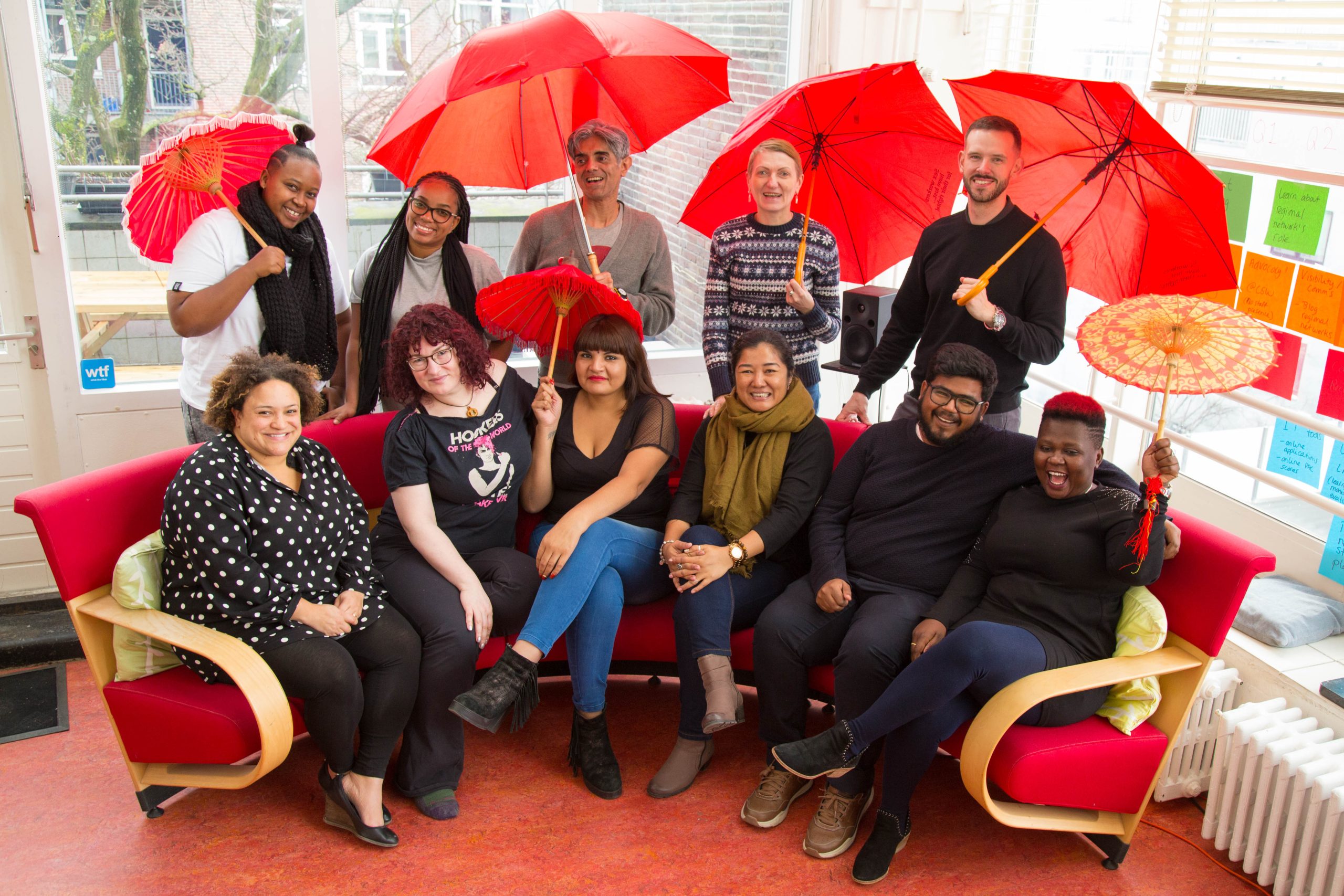 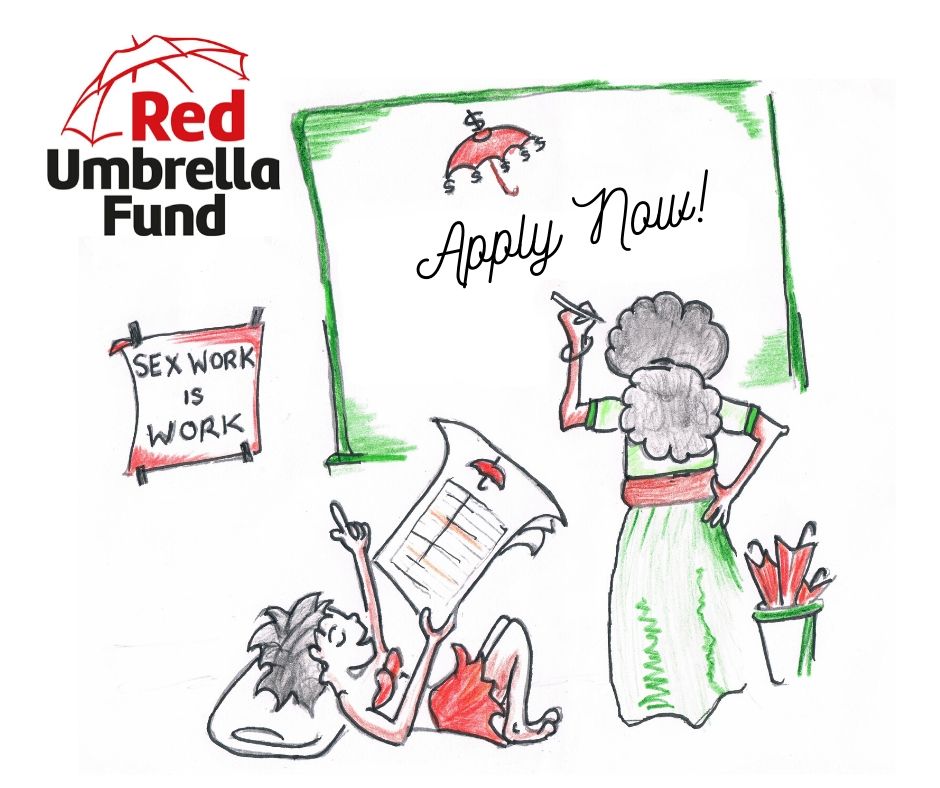